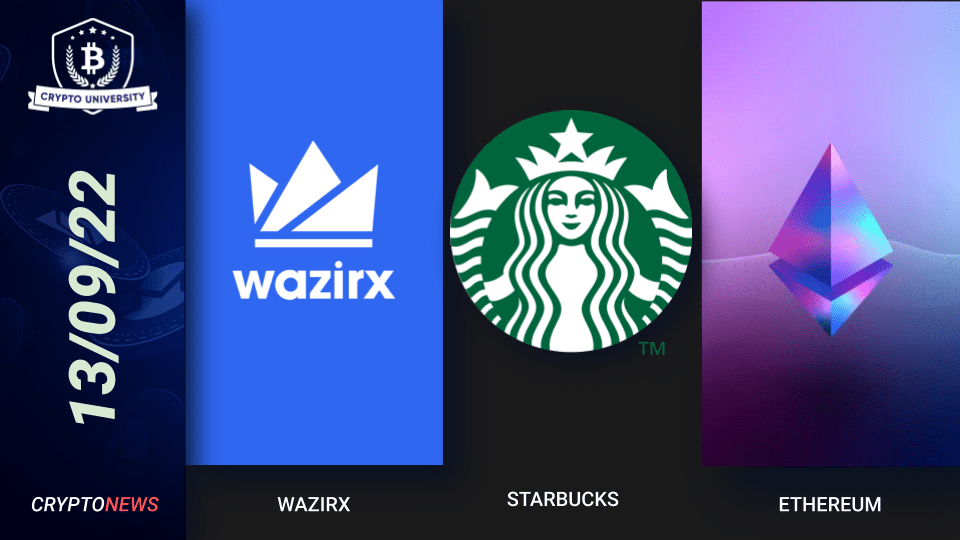 The Indian Enforcement Directorate (ED) has lifted the ban on WazirX accessing its bank accounts. The company proved that it had no affiliation with the accused Fintech and Instant lending app entities that appear to be the target of an ED investigation. The Indian-based cryptocurrency exchange can now resume its banking operations, WazirX said in an online post on Monday.

“Due to the active cooperation extended by Wazir X and active anti-money laundering checks that led to the blocking of suspicious accounts, ED has unfrozen the bank accounts. WazirX is also now in a position to continue its banking operations as usual,” WazirX said on a Twitter post.

WazirX’s banking account froze last month after an ED a money laundering probe. The crypto exchange was suspected of supporting 16 Indian fintech businesses and lending applications on the authorities watchlist.

Polygon, a layer two Ethereum scaling project, is partnering with Starbucks to build the coffee company’s Web3 experience Starbucks Odyssey. The partnership will allow  Starbucks Rewards loyalty program members and Starbucks partners (employees) in the United States to earn and purchase digital collectible stamps in the form of non-fungible tokens (NFTs). It will be possible by Polygon’s fast and low-fee network.

“Building Starbucks Odyssey using technology that aligns with our sustainability aspirations and commitments is a top priority. We took a very thoughtful and thorough approach when evaluating which blockchain to utilize. Polygon’s fast, low-cost, and carbon-neutral network is the perfect foundation for our first digital community,” said Ryan Butz, VP of loyalty, strategy, and marketing for Starbucks.

Customers and partners can join the waitlist from the 12th of September to receive access to the Starbucks Odyssey experience. The metaverse experience which will launch later this year. Polygon pledges to be carbon negative by the end of the year. It has already offset the whole CO2 debt of its network. The change of the Ethereum chain to a PoS consensus would further lower the carbon footprint of Polygon PoS by 99.91%.

A Google “doodle” is counting down to the Ethereum merger as a show of support from the world’s most visited website. The approval comes only days before Ethereum’s long-awaited switch to a less energy-intensive proof of stake mechanism of transaction validation.

“Hey @VitalikButerin @drakefjustin & other @ethereum folks, go google “the merge” for a fun little surprise & appreciation. Everyone is so excited for what is coming and appreciative of the work that has been going into this for years,” tweeted  Google developer, Sam Padilla.

END_OF_DOCUMENT_TOKEN_TO_BE_REPLACED

END_OF_DOCUMENT_TOKEN_TO_BE_REPLACED
We use cookies on our website to give you the most relevant experience by remembering your preferences and repeat visits. By clicking “Accept”, you consent to the use of ALL the cookies.
Do not sell my personal information.
Cookie SettingsAccept
Manage consent