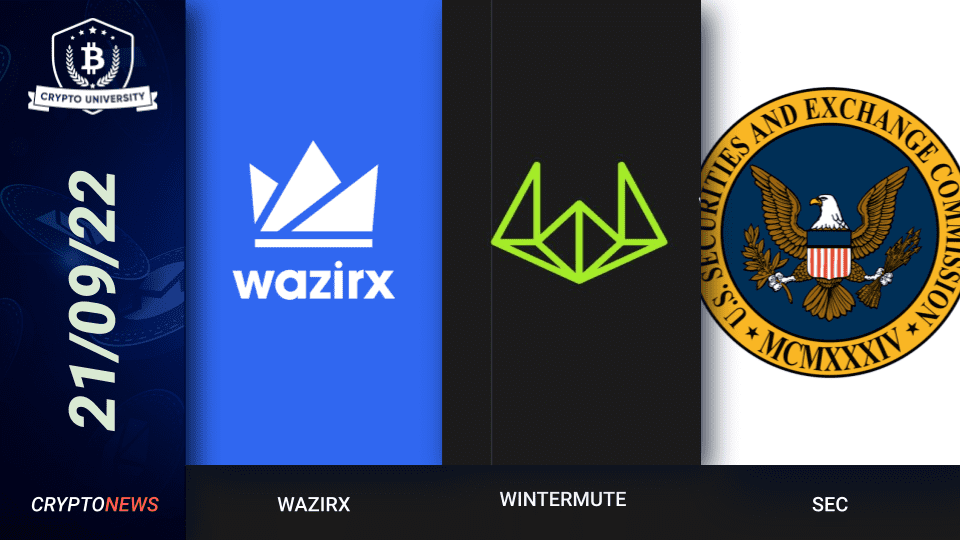 WazirX will freeze withdrawals of the above stablecoins on the 23rd of September. Furthermore, the exchange will auto-covert the remaining balances before the 5th of October. Last month, Binance CEO and founder, Chanpeng “CZ” Zhao, and WazirX founder Nischal Shetty had a Twitter war. The two founders argued about the ownership of WarziX, each refusing to own up.

“We’ve been hacked for about $160M in our DeFi operations. CeFi and OTC operations remain unaffected. We are solvent with twice that amount in equity left. If you have a MM agreement with Wintermute, your funds are safe. There will be a disruption in our services today and potentially for the next few days and will get back to normal after,’ announced Evgeny Gaevoy, the CEO and founder of Wintermute.

Wintermute trades billions of dollars in the crypto market daily by providing liquidity across different venues. It was appointed the official DeFi market maker for the Tron network last week. Gaevoy said that the business is still considering the attack as a “white hat” incident and has requested the hacker to contact them.

The Securities and Exchange Commission (SEC) has filed a federal lawsuit against crypto influencer Ian Balina for failing to register a cryptocurrency as security before conducting an ICO. The SEC stated in its 69th paragraph that it believes the US government has jurisdiction over all Ether transactions.

Such a scenario would also increase the SEC’s role in supervising Ether and other cryptocurrencies. This is not the first time the SEC has asserted authority over the whole Ethereum ecosystem.

END_OF_DOCUMENT_TOKEN_TO_BE_REPLACED

END_OF_DOCUMENT_TOKEN_TO_BE_REPLACED
We use cookies on our website to give you the most relevant experience by remembering your preferences and repeat visits. By clicking “Accept”, you consent to the use of ALL the cookies.
Do not sell my personal information.
Cookie SettingsAccept
Manage consent