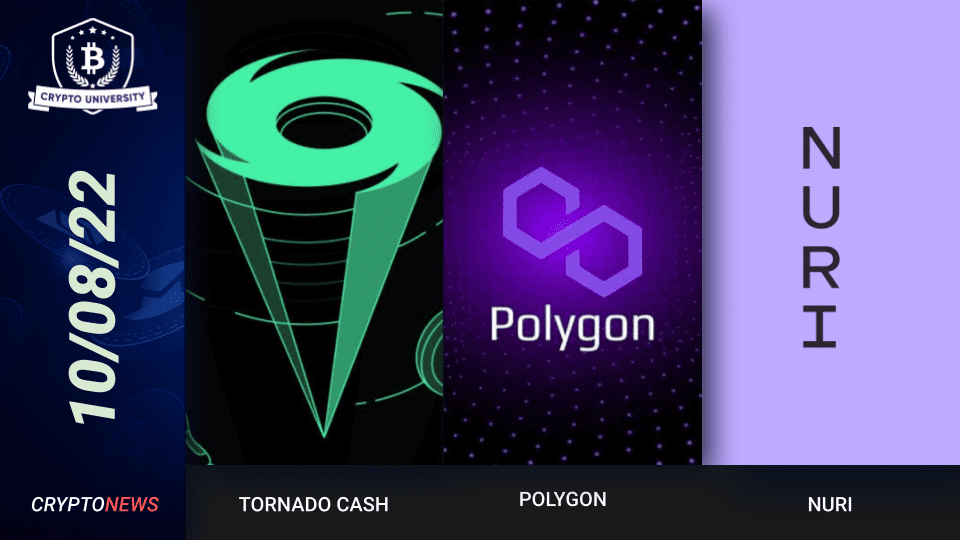 Tornado Cash Banned In the U.S.

Tornado Cash, a decentralized mixer protocol, received a sanction from the United States Department of Treasury. That means U.S. investors are barred from using the coin mixers service network for unlawful activity. Coin mixers conceal transactions, and hackers use them to transfer stolen funds.

“Tornado Cash has repeatedly failed to impose effective controls designed to stop it from laundering funds for malicious cyber actors. Treasury will continue to aggressively pursue actions against mixers that launder virtual currency for criminals,” said Brian E. Nelson, Under Secretary of the Treasury for Terrorism and Financial Intelligence.

Polygon, a layer-two Ethereum scaling network, has partnered with Neowiz Corporation, a South Korean game developer, to create a web3 gaming platform called Intella X. Intella X will have its token, called IX. The IX token will compensate developers who build on the network. The collaboration sparks a new system called “Develop and Earn”.

“We’re delighted to reveal that Polygon is teaming up with the massively popular Neowiz Corporation, a multi-platform video game development and online publishing giant based in South Korea. Together, we will launch a brand new Web3 gaming platform, dubbed Intella X, which will bring some of Neowiz’s popular gaming IPs, including “Cats & Soup” and “Brave Nine,” to Web3 for the first time,” announced Polygon in a blog.

Intella X will launch with two social casino games called House of Poker, and House of Slots, in 2023. Alongside the launch, Intella X will release their proprietary cryptocurrency wallet, IX Wallet.

Nuri, a German cryptocurrency exchange, filed for insolvency on Tuesday due to the current market conditions. The crypto exchange notified clients that the filing does not their services and that all funds were safe.

“Let us reiterate the most important information: All funds in your Nuri accounts are safe due to our partnership with Solarisbank AG. The temporary insolvency proceedings do not affect your deposits, cryptocurrency funds, and Nuri Pot investments,” said Nuri in a blog.

END_OF_DOCUMENT_TOKEN_TO_BE_REPLACED

END_OF_DOCUMENT_TOKEN_TO_BE_REPLACED
We use cookies on our website to give you the most relevant experience by remembering your preferences and repeat visits. By clicking “Accept”, you consent to the use of ALL the cookies.
Do not sell my personal information.
Cookie SettingsAccept
Manage consent