First of all, Happy 12th birthday to Bitcoin! The question that many people ask in the cryptocurrency space is the actual use case of Bitcoin. Is it a replacement for the current system of money, can we imagine a world where we are making transactions with Bitcoin and not fiat money?

The Case for Barter

Judging by the constantly rising mining and transaction fees; Bitcoin is no solution for the transaction space. We can see that Bitcoin’s transaction fees do get ridiculously high at some points, thus, the case for it being a replacement for the current barter system could be out of the question. No one will pay 5$ in fees to pay for a $30 meal for example.

The Case of a Digital Gold

On the other hand, the inception of Bitcoin by Satoshi Nakamoto was based on the fact that the current economic systems controlled by Governments do not provide the security and the freedom that the people of the world deserve. In addition, fiat money is vulnerable to economic collapses and a few policies away from being worthless. We have seen currencies collapse (Venezuela, Zimbabwe) and economies collapse too (Great Recession). Such events lead to people’s trust vanishing in the established systems, with most being left unemployed, helpless and with all their savings disappearing in thin air. Therefore, Satoshi Nakamoto created Bitcoin in order to hedge against the instability of the current economic systems,  leading to Bitcoin being referred to as a “Digital Gold”.

In order to look at the scale of corporate adoption into digital assets such as Bitcoin, we will look at a study led by CoinTelegraph. The study concluded that within the DACH region (Germany, Austria, Switzerland) a combined 918 Billion of assets under management are digital assets, with Bitcoin and Ethereum being the most popular, with 88%/75% of the respondents having invested in Bitcoin/ Ethereum respectively.

The biggest rise in institutional investors was seen in 2018, with 31% stating that their company first invested in digital currencies in that year. However, it is important to note that 38% companies invested in digital currencies have them at 1% or less of their overall portfolio; with only 13% having them as more than half of their portfolio. This shows that there is still a lot of room for growth in the digital asset space, in the event that a large wealth of institutional investors flood to the digital asset such as 2020, we might see a lot of upward pressure on the market.

Bitcoin has just reached its yearly high, and also a multi-year high since the pump to $20,000. Private investors and institutions are swarming back in, the future is certainly up for Bitcoin, the question is, only $20,000 or moon?

Crypto University Courses
← Prev: What Will Happen When Countries Shift To Cryptocurrencies? Next: Uniswap Tutorial → 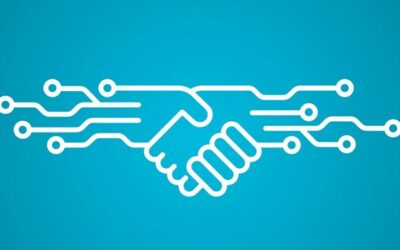 Smart Contracts promise to revolutionize the world of law. It is not just a digital translation of a paper contract, but a more...

END_OF_DOCUMENT_TOKEN_TO_BE_REPLACED

END_OF_DOCUMENT_TOKEN_TO_BE_REPLACED
We use cookies on our website to give you the most relevant experience by remembering your preferences and repeat visits. By clicking “Accept”, you consent to the use of ALL the cookies.
Do not sell my personal information.
Cookie SettingsAccept
Manage consent