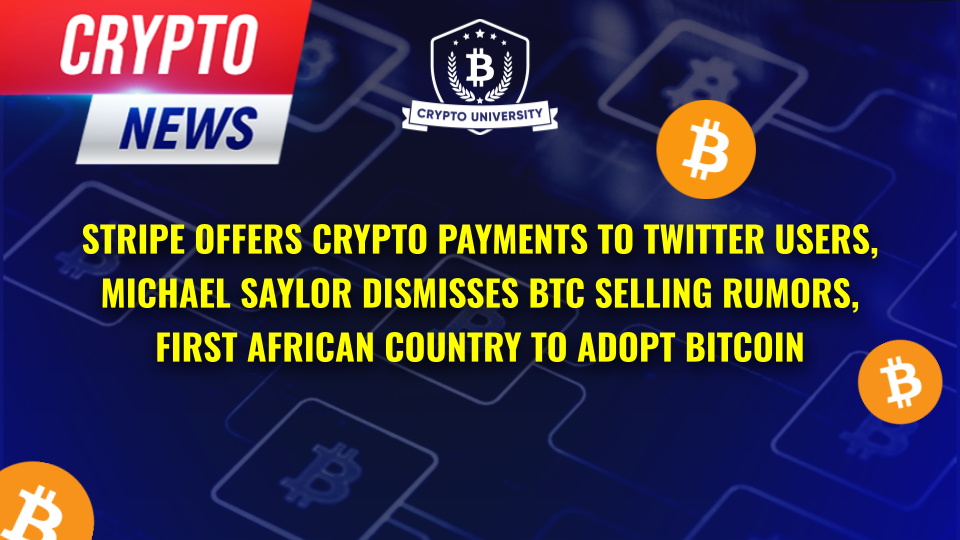 Now creators can receive USD Coin (USDC), a stable coin.  The payments will occur on the Polygon Network – a layer two blockchain network that is low in fees, fast in transactions, and integrates with the Ethereum Blockchain.

Amidst falling Bitcoin prices, a Twitter account called “Ozz, CEO of Altseason,” accused Microstrategy, an American company co-founded by Bitcoin Evangelists – Michael Saylor, of quietly “selling Bitcoin without telling no one.”  Saylor responded with a tweet explaining that Microstrategy must disclose any material changes in corporate strategy to shareholders via SEC filings, which are available to anyone.

The Central African Republic is the first African country to recognize Bitcoin as legal tender.

CAF’s National Assembly unanimously voted the bill into law. Even the opposing party showed its support for the new legislation. By adopting Bitcoin as legal tender, the country hopes to recover economically, aid peacebuilding and infrastructure development.

END_OF_DOCUMENT_TOKEN_TO_BE_REPLACED

END_OF_DOCUMENT_TOKEN_TO_BE_REPLACED
We use cookies on our website to give you the most relevant experience by remembering your preferences and repeat visits. By clicking “Accept”, you consent to the use of ALL the cookies.
Do not sell my personal information.
Cookie SettingsAccept
Manage consent