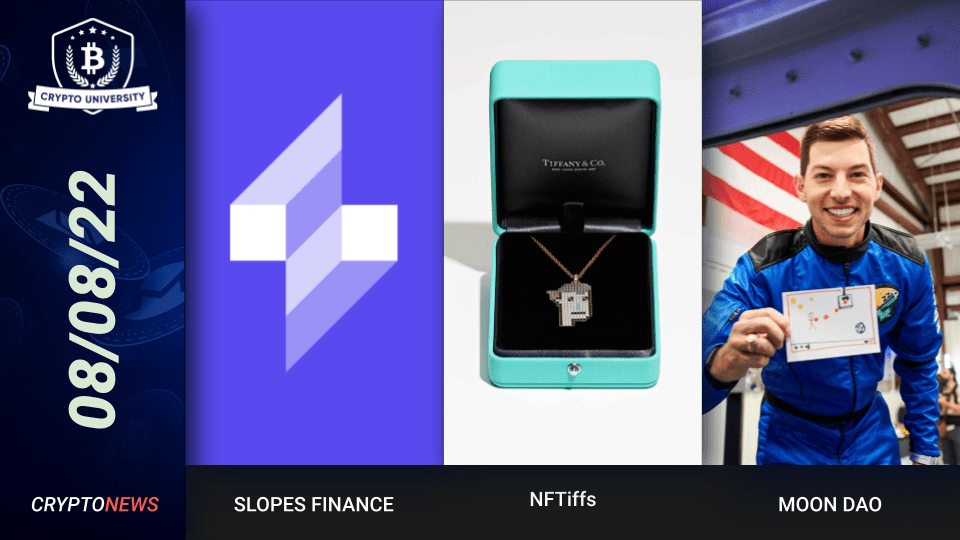 Slope, a Solana-based cryptocurrency wallet, is offering a 10% bounty for the safe return of stolen funds. Last week, the Solana network suffered a hacking attack, affecting 8000 wallets, and an estimated $4 million stolen. Multiple wallets were affected, including Phantom, Solflare, and TrustWallet – across different platforms.

“Hackers, Slope Finance would like to offer a 10% bounty for the safe return of our community’s funds, towards full original-owner restitution,” announced Slope on Twitter.

OtterSec, a blockchain auditing firm, said it was actively working with Slope to help secure its wallet and infrastructure. Slope is also working with TRM Labs, a blockchain intelligence firm, and has notified law enforcement in the investigation.

Slope asked that the attacker return 90% of the stolen funds within 48 hours. If returned, Slope promised to stop the investigation and not pursue legal action.

Tiffany & Co., an American jewelry company, sold out all 250 pieces of its NFTiffs collection in under 20 minutes last Friday. NFTiffs are CryptoPunks-inspired digital passes, available to CryptoPunk NFT holders only. The pieces cost 30 ETH, approximately $50 thousand, and the company raised more than $12.5 million from its NFT collection.

“We are sold out of all 250 NFTiff. Until the next mint. #NFTiff #TiffanyAndCo,” announced Tiffany and Co. on Twitter.

NFTiffs are redeemable by CryptoPunks holders for the creation of a custom-designed pendant and an NFT digital artwork that resembles the final jewelry design. Tiffany & Co. artisans will design and craft the pendant inspired by the Cryptopunk owner’s Punk NFT. The pendants will be high-end items made of gold and precious stones carefully chosen to correspond with each of CryptoPunks’ unique characteristics. The final products will ship in early 2023.

MoonDAO’s used its crowdfunding campaign funds to purchase Cotton’s. So far, the campaign has raised more than $8 million. According to its website, the DAO’s mission is to “decentralize access to space,” with the ultimate goal of establishing its own Moon colony.

END_OF_DOCUMENT_TOKEN_TO_BE_REPLACED

END_OF_DOCUMENT_TOKEN_TO_BE_REPLACED
We use cookies on our website to give you the most relevant experience by remembering your preferences and repeat visits. By clicking “Accept”, you consent to the use of ALL the cookies.
Do not sell my personal information.
Cookie SettingsAccept
Manage consent