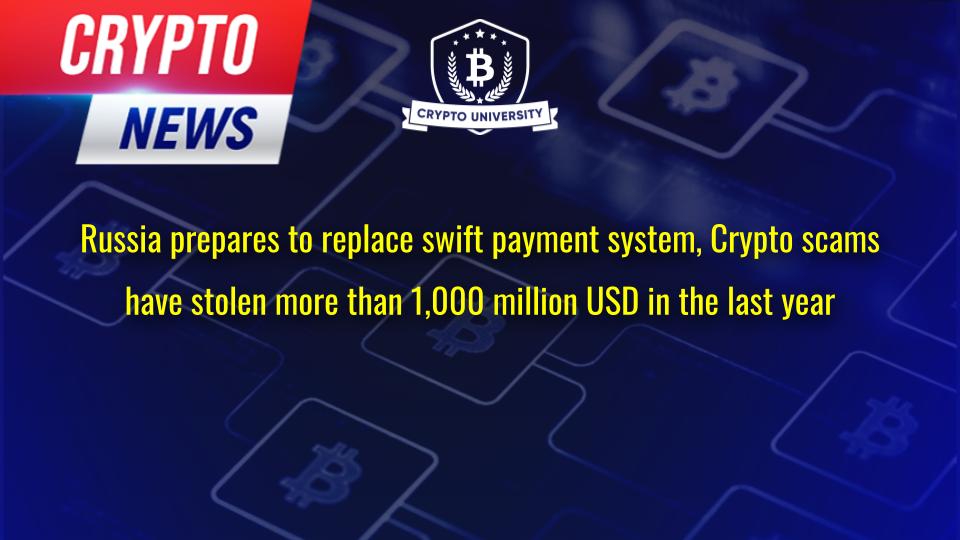 Rostec State Corporation, a Russian state-owned company for the manufacture of innovative materials, released an official statement announcing the launch of a blockchain network called CELLS. This new platform includes a new system for making payments with digital currencies based on international agreements.

The note explains that the CELLS blockchain platform was developed by the Novosibirsk Institute of Program Systems (NIPS). It is designed to create an ecosystem of software products and services based on distributed ledger technology.

This is possible thanks to the digital system for national currency payments, which makes it a real alternative to the SWIFT financial transaction and payment system in international settlements. This, considering that the CELLS multifunctional system facilitates international payments, transactions in multiple currencies, user identification and storage of digital currencies, as mentioned in the statement.

Crypto scams have stolen more than 1,000 million USD in the last year

Thousands of people have been victims of crypto scams, suffering as a consequence the loss of their money. A reality that shows the importance of taking precautions to avoid being one more victim of this problem that can mainly affect traders. Above all, those who use bitcoin.

This is shown by a report by the Federal Trading Commission of the United States Government (FTC). The agency reported in June 2022 that from January 2021 to March this year, more than 46,000 people have reported losing around $1 billion in cryptocurrencies to scams.

The FTC reported that cryptocurrency losses reported last year alone ($680 million) were sixty times more than those reported in 2018. Moreover, those reported during the first quarter of 2022 ($329 million) already account for almost half of the losses. of all 2021.

END_OF_DOCUMENT_TOKEN_TO_BE_REPLACED

END_OF_DOCUMENT_TOKEN_TO_BE_REPLACED
We use cookies on our website to give you the most relevant experience by remembering your preferences and repeat visits. By clicking “Accept”, you consent to the use of ALL the cookies.
Do not sell my personal information.
Cookie SettingsAccept
Manage consent