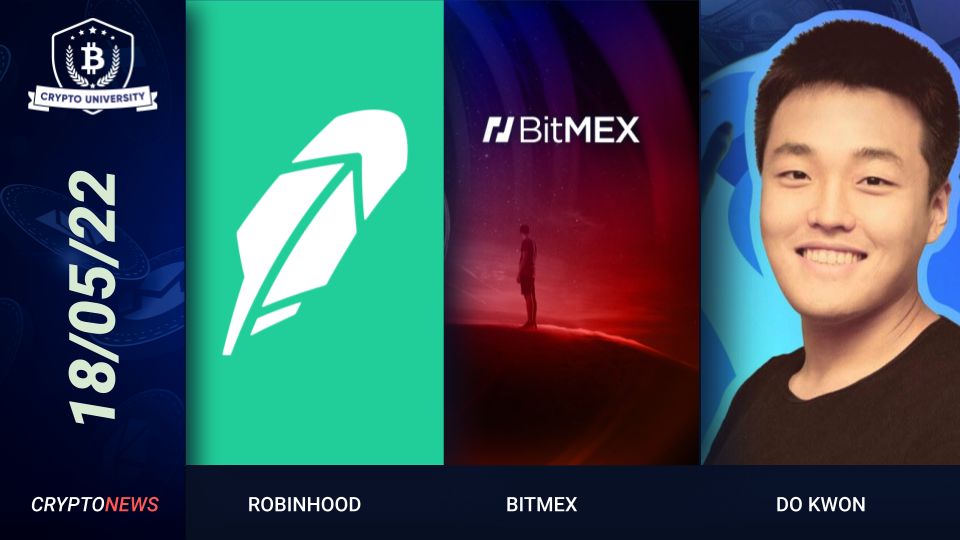 Robinhood CEO, Vlad Tenev, announced the launch of a DeFi wallet at the Permissionless DeFi Conference in Miami, Florida. A DeFi wallet is a non-custodial wallet, which means users have complete control over their cryptocurrency, interact with DeFi protocols and store NFTs.

Robinhood, a trading platform, launched a custodial cryptocurrency wallet earlier this year. The wallet has popular cryptocurrencies such as Bitcoin, Ethereum, Solana, and Shiba Inu. It uses the Bitcoin Lightning Network for faster and cheaper transactions and has over 22 million users.

The Robinhood non-custodial wallet will operate as a standalone app with a user-friendly design. KYC is not required for setting up, and Robinhood will not charge fees. The rollout will start at the end of the summer. Robinhood plans to have the wallet available to all users across the globe by the end of 2022.

BitMEX, one of the largest cryptocurrency derivatives exchanges, launched its spot trading platform on Tuesday. The spot trading exchange will initially have seven trading pairs available for retail and institutional investors.

BitMEX was founded in 2014 by Arthur Hayes, Ben Delo, and Samuel Reed. The co-founders all faced legal charges for violating U.S. anti-money-laundering laws in 2020. After pleading guilty, the court ordered a penalty of $30 million from the three co-founders in March 2022.

A representative from South Korea’s ruling People Power Party, Yun Chang-Hyun, has called for a parliamentary hearing on the TerraUSD (UST) collapse.

“We should bring related exchange officials, including CEO Do Kwon of Terra, which has become a recent problem, to the National Assembly to hold a hearing on the cause of the situation and measures to protect investors,” said Chang-Hyun.

END_OF_DOCUMENT_TOKEN_TO_BE_REPLACED

END_OF_DOCUMENT_TOKEN_TO_BE_REPLACED
We use cookies on our website to give you the most relevant experience by remembering your preferences and repeat visits. By clicking “Accept”, you consent to the use of ALL the cookies.
Do not sell my personal information.
Cookie SettingsAccept
Manage consent