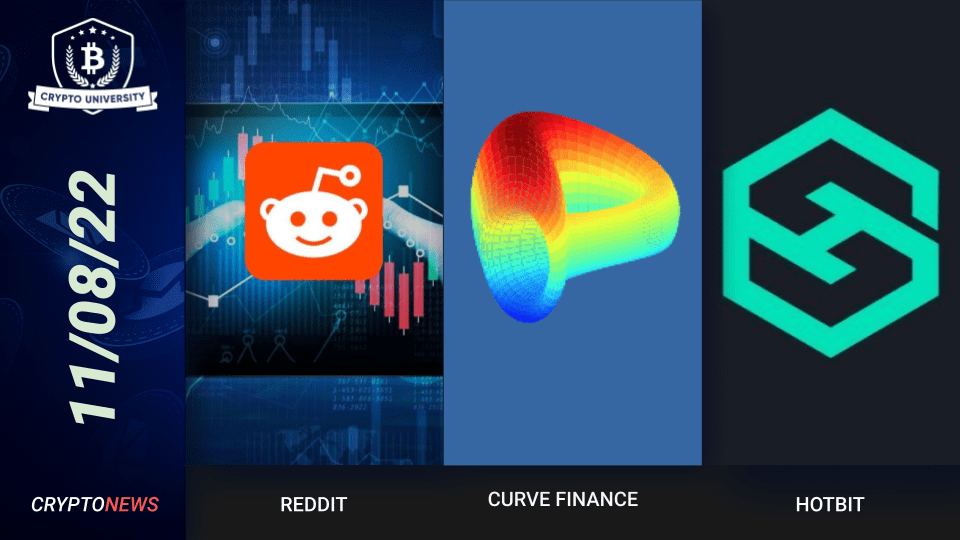 Reddit Community Points capture some of the value of their community. The points can buy premium features and measure reputation in the community. With the new integration, Reddit users can purchase Ether from supported Reddit apps via FTX’s payment and exchange infrastructure platform FTX Pay.

Curve Finance, a decentralized finance (DeFi) protocol, suffered a hack. The hackers stole approximately $570 thousand from the platform. The hacker appears to have modified the protocol’s domain name system (DNS) entry, redirecting users to a bogus clone and authorizing a fraudulent contract.

“The supposed hacker appears to have modified the protocol’s domain name system (DNS) entry, redirecting users to a bogus clone and authorizing a fraudulent contract. However, the program’s contract was unaffected,” announced Curve Finance on Twitter.

Curve Finance also warned its users against performing any approvals or conducting swaps on the decentralized platform. The native cryptocurrency token (CRV) fell more than 10% after the news was announced. The situation is rectified, and users will also be alerted when it is safe to use the platform again.

Hotbit, an Asian cryptocurrency exchange, has suspended its services because a number of its senior managers were subpoenaed by law enforcement. A former management employee, who left the company in April, was involved in an illegal operation. Hotbit reassured its users that their funds were safe. But, it cannot determine when services will resume.

“We regret to inform you that Hotbit will have to suspend trading, deposit, withdrawal, and funding functions; also the exact time of resumption cannot be determined at the moment,” announced the exchange.

END_OF_DOCUMENT_TOKEN_TO_BE_REPLACED

END_OF_DOCUMENT_TOKEN_TO_BE_REPLACED
We use cookies on our website to give you the most relevant experience by remembering your preferences and repeat visits. By clicking “Accept”, you consent to the use of ALL the cookies.
Do not sell my personal information.
Cookie SettingsAccept
Manage consent