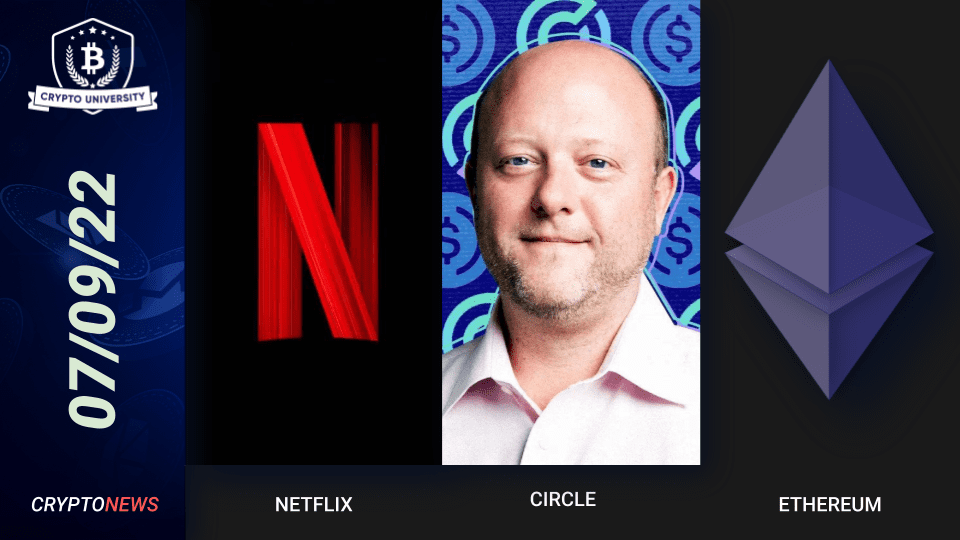 “In April, we announced that we will introduce a new lower-priced ad-supported subscription plan for consumers, in addition to our existing ads-free basic, standard, and premium plans. Today we are pleased to announce that we have selected Microsoft as our global advertising technology and sales partner,” announced Netflix in a statement.

The Sydney Morning Herald reported Monday, citing local sources, that Netflix has opted to refuse any advertising campaigns connected to politics, gambling, and cryptocurrencies on its new membership tier. And according to the Wall Street Journal, Netflix is considering charging advertising around $US65 ($95) for reaching 1000 users, a metric known as CPM, or cost per thousand.

Jeremy Allaire, the CEO of Circle, has come out in support of Binance’s decision to auto-convert USDC into BUSD on their platform. On Monday, Binance announced that it would auto-convert all stablecoin balances, except for USDT, into BUSD to enhance liquidity and capital efficiency for its users.

“Sharing some perspective on Binance forced conversion of USDC. Lots of misleading headlines and interpretations. Binance is not ending support for USDC, and change will likely lead to more USDC flowing to Binance,” said Allaire in a Twitter thread.

According to Allaire, the move to unilaterally convert all other stablecoins to BUSD would not fly in the United States. However, he added that the decision provided more depth and liquidity for traders. Furthermore, he included that FTX and Coinbase already use the Converged dollar books. Therefore Binance following suit is a welcome development.

According to Vitalik, the Ethereum blockchain’s Merge is officially underway and will likely kick in sometime between Sept. 13-16. The Bellatrix upgrade, the network’s penultimate “hard fork” before the Merge, went live on Tuesday. This ushers in Ethereum’s long-awaited move from proof-of-work (PoW) to proof-of-stake (PoS) (PoS).

“The merge is still expected to happen around Sep 13-15. What’s happening today is the Bellatrix hard fork, which *prepares* the chain for the merge. Still important though – make sure to update your clients!” posted Vitalik on Twitter.

END_OF_DOCUMENT_TOKEN_TO_BE_REPLACED

END_OF_DOCUMENT_TOKEN_TO_BE_REPLACED
We use cookies on our website to give you the most relevant experience by remembering your preferences and repeat visits. By clicking “Accept”, you consent to the use of ALL the cookies.
Do not sell my personal information.
Cookie SettingsAccept
Manage consent