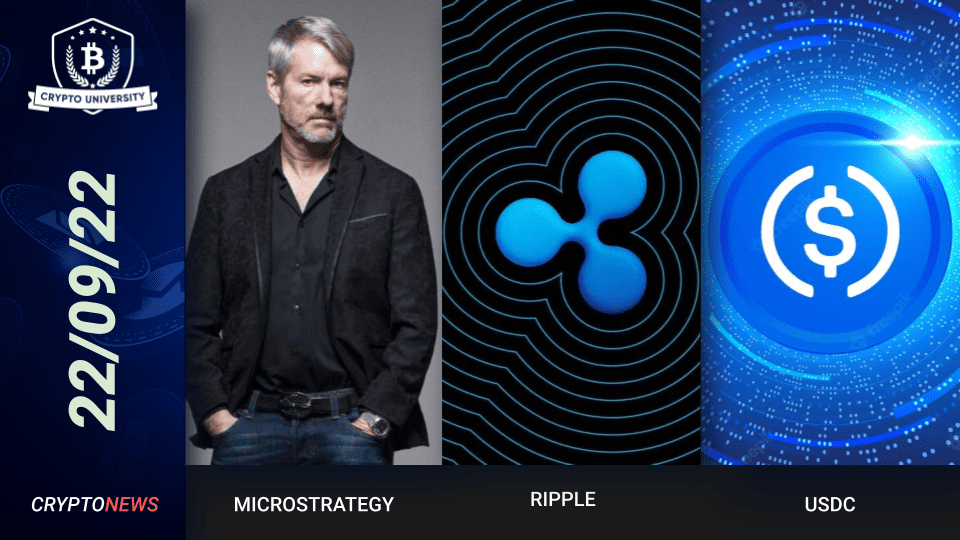 MicroStrategy (MSTR), a software development company, announced that it bought 301 more bitcoins, according to an SEC filing. That makes the company the biggest corporate holder of bitcoin, with over 130,000 bitcoins on its balance sheet.

Earlier this month, the software development giant filed a proposal with the SEC. The filing was to raise funds to buy more of the digital asset. MicroStrategy also declared a $917.8 million loss due to bitcoin on its balance sheet in its second-quarter earnings while writing the assets down as intangible assets, to their lowest value for the period.

Michael Saylor, a bitcoin evangelist and co-founder of MicroStrategy, stepped down as CEO of the company to become an executive chairman and focus on advancing MicroStrategy’s bitcoin holding position.

Ripple, a U.S. blockchain solutions company, announced that it signed the climate pledge. The Climate Pledge is an Amazon-initiated organization created to address the climate change issue and reduce carbon emissions.

“When it comes to the climate crisis, crypto must do its part to help build a more sustainable future. Yesterday, we signed the @ClimatePledge and joined 375+ businesses that are prioritizing the planet,” announced Ripple on Twitter.

Thus far, the Climate Pledge has attracted over 300 companies from over 51 industries and 29 countries worldwide. To reach net-zero yearly carbon emissions by 2040, Climate Pledge signatories must undertake to account for any residual emissions with new, quantifiable, meaningful, long-term, and socially beneficial offsets.

USDC, the third largest stablecoin in the world, has been listed on the Robinhood Crypto Exchange. That is the first stablecoin listed by the popular investment app. Robinhood first started offering cryptocurrency trading on its platform in 2018.

“Our vision with crypto is to be the most trusted platform for customers to invest in crypto and the most trusted on-ramp to the decentralized web. Customers tell us that they want us to introduce more coins onto the platform,” said Chris Koegel, Robinhood’s Head of Investor Relations.

END_OF_DOCUMENT_TOKEN_TO_BE_REPLACED

END_OF_DOCUMENT_TOKEN_TO_BE_REPLACED
We use cookies on our website to give you the most relevant experience by remembering your preferences and repeat visits. By clicking “Accept”, you consent to the use of ALL the cookies.
Do not sell my personal information.
Cookie SettingsAccept
Manage consent