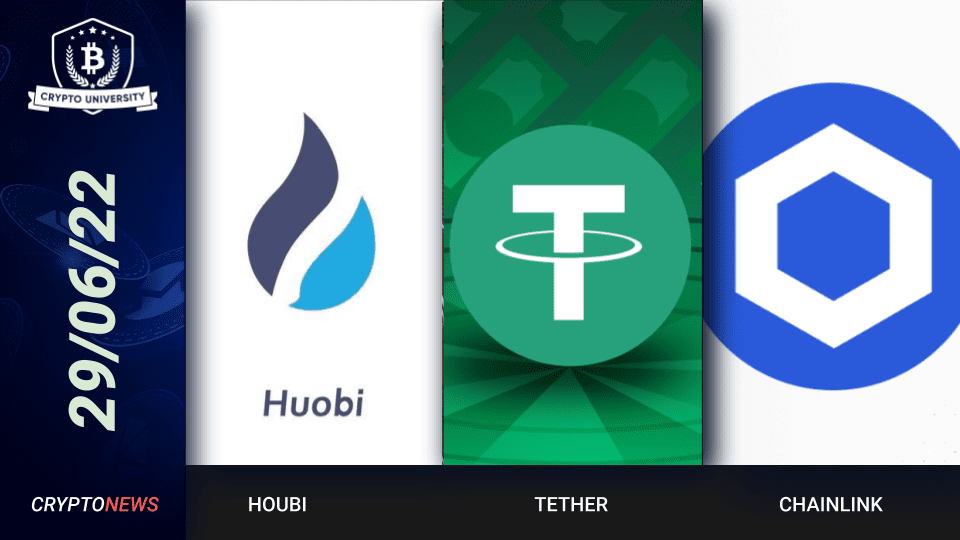 Houbi Global, a Seychelles-based cryptocurrency exchange, could lay off up to 30% of its staff members due to a sharp decline in revenue. According to China-based crypto-journalist Colin Wu, the revenue decline is due to the removal of Chinese users.

“Due to the current market environment, Huobi Global is in the process of reviewing both its hiring policies and its current manpower, with the goal of re-aligning them to its operational needs. Further to such review, layoffs are a possibility,” said a Houbi spokesperson.

Houbi Global joins the likes of Coinbase, Gemini, Bybit, BlockFi, and Crypto.com, who have also announced staff layoffs due to the Crypto Winter. Houbi gradually stopped servicing the Chinese market in September 2021, and all services stopped on December 31st.

Paolo Ardiono, the CTO of Tether, said that hedge funds were trying to short Tether through coordinated attacks. He accused them of selling shorting on-spot trades and creating DeFi imbalances. He also accused them of spreading Fear, Uncertainty, and Doubt (FUD) through the media. However, Tether remains stable and redeemable for 1:1 to the USD dollar.

“And while the FUD was focusing on Tether, during the last 2 months of #crypto devastation, it was discovered that many lenders and hedge funds considered the holy heroes of our industry were taking risks that Tether never touched even with a ten-foot pole,” wrote Ardiono on Twitter.

After Terra UST collapsed, hedge funds looked for another stable coin to depeg. Ardiono concluded that Tether is the only stable coin to withstand the fire under extreme pressure. He also questioned whether other stablecoins would survive the same attacks faced by Tether in the past two months.

Robinhood, a popular U.S-based trading and investment app, announced its listing of Chainlink (LINK) on its platform. The price of Chainlink jumped up more than 10% to trade at $7,2 after the announcement. Earlier this year, Robinhood added Shiba Inu, Solana, Polygon, and Compound (COMP). The addition of Chainlink brings the total number of available cryptocurrencies to twelve.

Chainlink provides a bridge between real-world data and smart contracts on Ethereum and other cryptocurrency networks. According to Coinmarketcap, Chainlink has a $3.2 billion market capitalization.

END_OF_DOCUMENT_TOKEN_TO_BE_REPLACED

END_OF_DOCUMENT_TOKEN_TO_BE_REPLACED
We use cookies on our website to give you the most relevant experience by remembering your preferences and repeat visits. By clicking “Accept”, you consent to the use of ALL the cookies.
Do not sell my personal information.
Cookie SettingsAccept
Manage consent