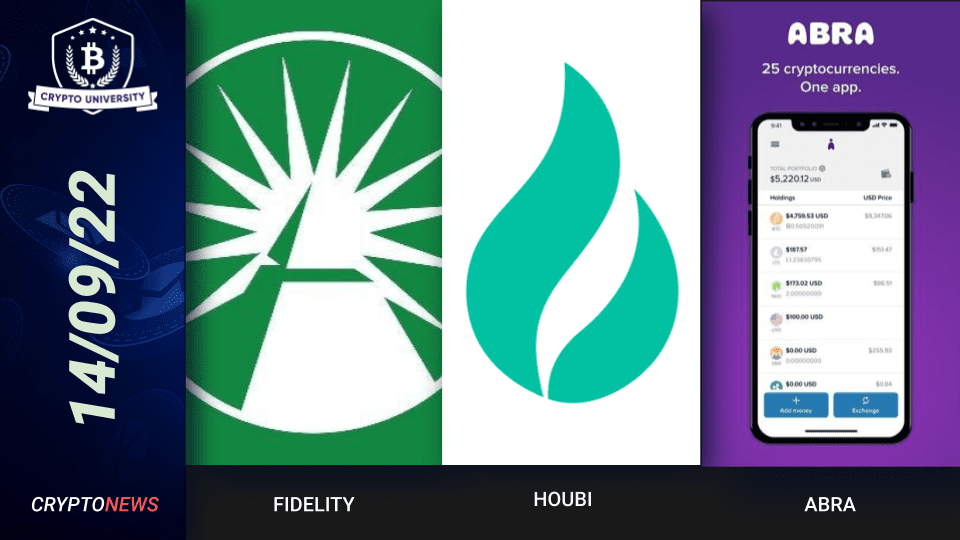 Fidelity, a financial services firm based in the U.S., is considering offering its clients the ability to trade bitcoin on its brokerage platform. The Boston firm, led by Abigail Johnson, who champions bitcoin, has over 34.4 million brokerage accounts.

“A bird told me that Fidelity, a little bird in my ear, will shift their retail customers into crypto soon enough. I hope that bird is right. And so we are seeing this institutional march,” said Mike Novogratz during a speech at the SALT Conference.

In 2018, Fidelity started a bitcoin trading business for hedge funds and other institutional investors, and early this year permitted corporate clients to add the digital currency to their 401(k) retirement plans. Fidelity has not shared its bitcoin trading plans with its clients yet.

Houbi Global, a prominent cryptocurrency exchange, will delist seven privacy tokens next week due to the broader regulatory scrutiny and to stay in compliance with the latest financial regulations, Houbi said in an official statement.

“Huobi Global strictly complies with the compliance policies of every country and region and always endeavors to safeguard our users’ assets. In compliance with the latest financial regulations and under Article 17(16) of the Huobi Global Token Management Rules, Huobi Global has terminated the trading service of the following privacy tokens: DASH, DCR, FIRO, XMR, XVG, ZEC, and ZEN on September 6, 2022,” announced Houbi.

Privacy coins are cryptocurrencies that maintain anonymity by masking the movement of money across their networks. They make it difficult to determine who sent what to whom. This is handy if you do not want anyone watching your financial transactions. However, on August 8, the United States Treasury issued a sanction against Tornado Cash, a decentralized mixer software, that permits secret transactions on the Ethereum blockchain.

Abra, a cryptocurrency services company, announced that it is in the process of launching Abra Bank, a U.S. state-chartered institution and, potentially, the crypto industry’s first regulated bank. If Abra Bank is successful, it will allow users in the United States to deposit and bank digital assets while also providing vital access to fiat on- and off-ramps.

“Abra Bank will be the first fully regulated depository institution for cryptocurrency in the United States. There are several trusts operating today in the U.S., but no operational bank,” said Abra CEO Bill Barhydt during the SALT New York conference.

END_OF_DOCUMENT_TOKEN_TO_BE_REPLACED

END_OF_DOCUMENT_TOKEN_TO_BE_REPLACED
We use cookies on our website to give you the most relevant experience by remembering your preferences and repeat visits. By clicking “Accept”, you consent to the use of ALL the cookies.
Do not sell my personal information.
Cookie SettingsAccept
Manage consent