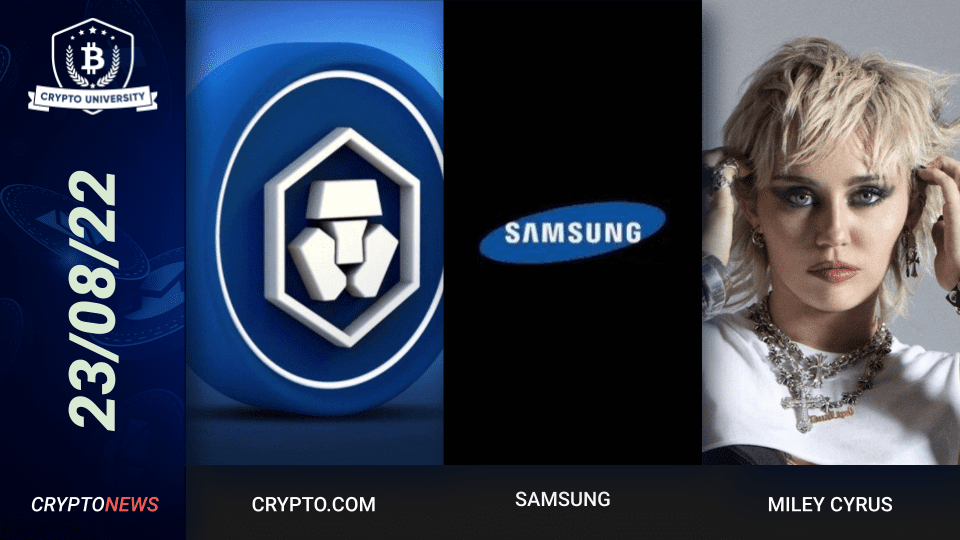 Crypto.com, a cryptocurrency exchange, announced its three-year plan to upgrade the Crypto.com Arena. The venue is formerly known as the Staples Center in Los Angeles, California. In 2021, the crypto exchange signed a $700 million agreement with AEG, giving it naming rights over the venue for 20 years.

“First look: The 23-year-old venue now known as Crypto .com Arena has launched a multimillion-dollar campaign to rejuvenate itself during the offseason, with construction underway at every level,” tweeted the L.A. Times.

During the market slump in June, Crypto.com indicated the exchange would lay off 260 employees at the time. The firm also announced that it would reduce benefits for most levels of its VISA prepaid card. Despite the restructure, the exchange has received regulatory permission in South Korea, Italy, Cyprus, and the United Kingdom.

Samsung Securities, a subsidiary of the Samsung Group, is seeking approval to operate a cryptocurrency exchange in South Korea. According to a local news outlet report, Samsung is one of seven large domestic securities companies to apply for preliminary approval to open a crypto exchange in the first half of 2023.

The South Korean news reporter only mentioned two of the businesses, Samsung Securities and Mirae Asset Securities. Mirae is South Korea’s largest investment bank by market capitalization, with $648 billion in managed assets. The exchange will be run by a subsidiary of the financial firm’s consulting arm, Mirae Consulting.

The recent presidential election of Yoon Suk-Yeol is said to have sparked a surge of institutional interest in South Korea. On the campaign path, South Korea’s president vowed deregulation of the bitcoin and cryptocurrency industries. “We must shift to a negative regulation system to ensure at least the virtual asset market has no worries,” Suk-Yeol said at the time.

END_OF_DOCUMENT_TOKEN_TO_BE_REPLACED

END_OF_DOCUMENT_TOKEN_TO_BE_REPLACED
We use cookies on our website to give you the most relevant experience by remembering your preferences and repeat visits. By clicking “Accept”, you consent to the use of ALL the cookies.
Do not sell my personal information.
Cookie SettingsAccept
Manage consent