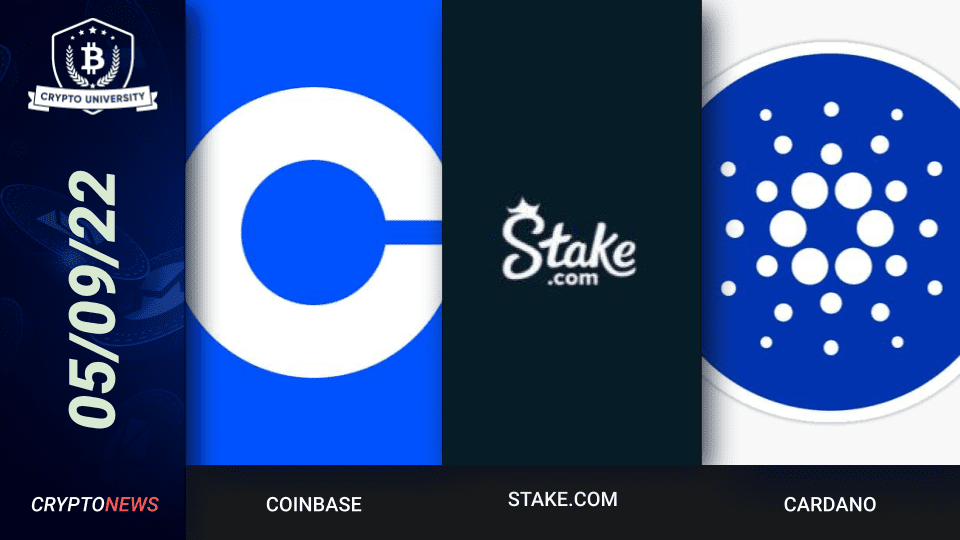 “In late August, prices for cryptos denominated in Georgia’s national currency had been rated at GEL 290 instead of GEL 2.90. The missed decimal point had been due to a third-party technical issue,” a Coinbase spokesperson told Blockworks.

Coinbase now prohibits fiat deposits in Georgia. However, transfers, sending and receiving crypto, and fiat withdrawals are permitted. Traders claimed that methods of benefitting from the pricing glitch ranged from exchange arbitrage and withdrawing it in cash.

Stake.com, a cryptocurrency online casino, is getting sued for $400 million by Christopher Freeman, a former co-founder of the platform. Freeman filed the lawsuit in the Southern District of New York. He is seeking punitive damages, claiming he was deceived into straying away from the formation of Stake.com.

“The complaint filed by Chris Freeman contains allegations that are internally inconsistent, intentionally misleading, and provably false,” said the founders of Stake.com in a statement.

Ed Craven and Bijan Tehrani created Stake.com in 2017. In his lawsuit, Freeman claimed that the two co-founders were living extravagant lives. He also used their newly bought expensive properties against them. He also mentioned that the company has handled almost $100 billion in bets.

Cardano, a popular cryptocurrency, has finally announced the official release date of their Cardano Vasil hard fork. According to Input Output and the Cardano Foundation, the Vasil hard fork upgrade will launch later this month, on the 22nd of September.
“Following the successful completion & extensive testing of all core components, plus confirmed community readiness, we along with @cardanostiftung can today announce 22nd September for the #Vasil upgrade on the #Cardano mainnet,” announced Input Output and the Cardano Foundation on a Twitter thread.

END_OF_DOCUMENT_TOKEN_TO_BE_REPLACED

END_OF_DOCUMENT_TOKEN_TO_BE_REPLACED
We use cookies on our website to give you the most relevant experience by remembering your preferences and repeat visits. By clicking “Accept”, you consent to the use of ALL the cookies.
Do not sell my personal information.
Cookie SettingsAccept
Manage consent