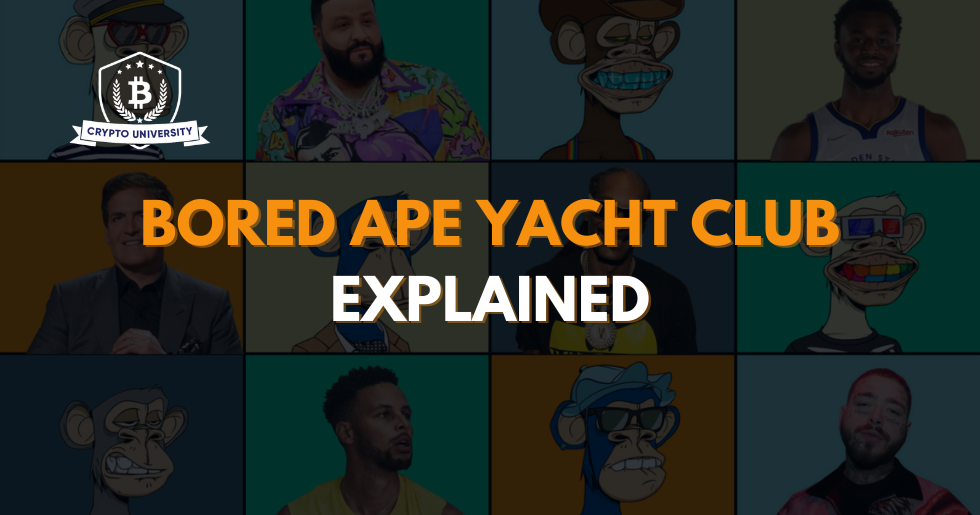 You’re about to read the origin story of the Bored Ape Yacht Club. How it started, what catapulted it into stardom, how it’s currently going, and what the future holds for the popular NFT project.

On the 1st of February 2021, Greg Solano (also known as Gargamel) texted his buddy Wylie Aronow (who goes by the pseudonym Gordon Goner) “Let’s make a NFT.”  The two childhood friends had been interested in cryptocurrency since 2017.  They had spent money, made money, and lost it all, looking for shitcoins on Twitter.

A light bulb moment hit the two when they came across a new NFT Project called The Hashmasks. Unlike CryptoKitties, and CryptoPunks, which were earlier generation NFT projects, Hashmasks was an Art Project that used blockchain and NFT technology as mediums for artistic expression. In other words, it involved more art and storytelling than hardcore cryptography coding.

Five days after the initial text, Gargamel and Gordon recruited two friends to join the founders squad.  The friends who go by the pseudonyms ‘Sass’ and ‘Tomato’, happened to be software engineers. Sass and Tomato still remain anonymous to this day.

The four founding members formed a company called Yuga Labs and hired illustrators to bring the project to life. Two and a half months later, The Bored Ape Yacht Club was launched.

The project launched on the 23rd of April 2021, with a week-long pre-sale at the floor price of 0.08 ETH or $190.  The collection consisted of 10000 unique Bored ApeNFTs minted on the Ethereum blockchain.

How they came up with the name and which illustrators they used to create the original collection is a story worth telling for another day. Let us move on to how the project lifted off from obscurity.

From the initial pre-sale drop, only 500 NFTs were sold. This qualified as a flop by any standards. It was not until the 1st of May 2021 that the project took off. Receiving a shout-out tweet from Pranksy, an NFT investor, the remaining 9500 NFTs sold out in one day. The company grossed approximately $2 million in sales. Below is the timeline of all the notable BAYC airdrops and exclusive events:

Today Yuga Labs has grown from 4 to 40+ employees, and the company is led by a female CEO, Nicole Muniz. According to CryptoSlam, an NFT ranking site, BAYC holds third place in all-time sales volume. First place is taken by the play-to-earn game Axie Infinity, and second place is by CryptoPunks, an NFT collection launched in 2017.  In March 2022 ,Yuga Labs acquired Cryptopunks and Meetbits from Lava Labs. The company also launched ApeCoin Dao ($APE) in the same month, where all BAYC holders received token Airdrops.

Given the high price tag, The BAYC community has been victims of phishing scams. The most recent being their official Instagram account being hacked. The hacker posted a fake land drop and convinced BAYC to link their wallets. An estimated $2 million worth of NFTs were stolen.

Despite the setbacks, BAYC continues to break new ground. For instance, the company is launching a Metaverse Land Project on the 30th of April 2022 called The Other Side. It is rumored that the Land will be sold for $APE coins. If that is not big enough, the cherry on the cake is that BAYC partnered up with Coinbase to create a Trilogy Series called The Degen, starring Bores Ape NFT characters. BAYC holders were encouraged to submit their NFTs to be considered by a Hollywood casting director for leading roles in the series.

The Bored Ape Yacht Club has shown strength and resilience during a bear-market. It is safe to say we can only expect even greater things when the bull market returns.

← Prev: The dark truth about crypto scammers Next: Fidelity Offers 401 (k) Investors Bitcoin, Binance Refugee Crypto Card for Ukrainians, and Fort Worth, Texas - The First City to Mine Bitcoin → 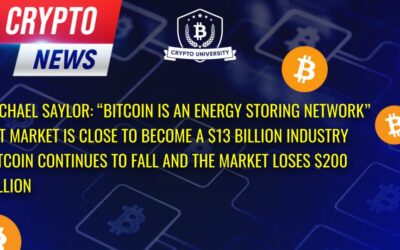 Michael Saylor “Bitcoin is a network that stores digital energy”, NFT market is close to become a $13 Billion industry, Bitcoin continues to fall and the market loses $200 billion

END_OF_DOCUMENT_TOKEN_TO_BE_REPLACED 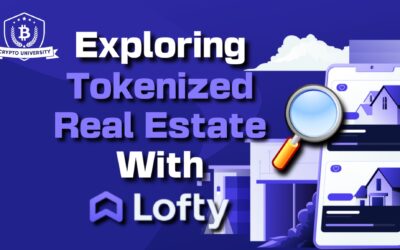 Tokenized real estate seems to be a trend that the masses overlooked. There was much to speculate on in 2021 that caused a...

END_OF_DOCUMENT_TOKEN_TO_BE_REPLACED 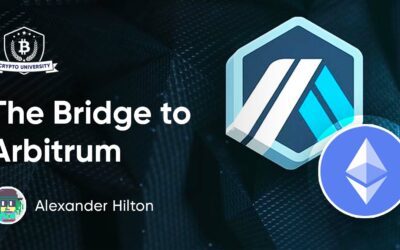 The Bridge to Arbitrum

One way to improve the speed and scalability of Ethereum, is through layer 2 solutions such as Arbitrum. Using these chains can...

END_OF_DOCUMENT_TOKEN_TO_BE_REPLACED
We use cookies on our website to give you the most relevant experience by remembering your preferences and repeat visits. By clicking “Accept”, you consent to the use of ALL the cookies.
Do not sell my personal information.
Cookie SettingsAccept
Manage consent