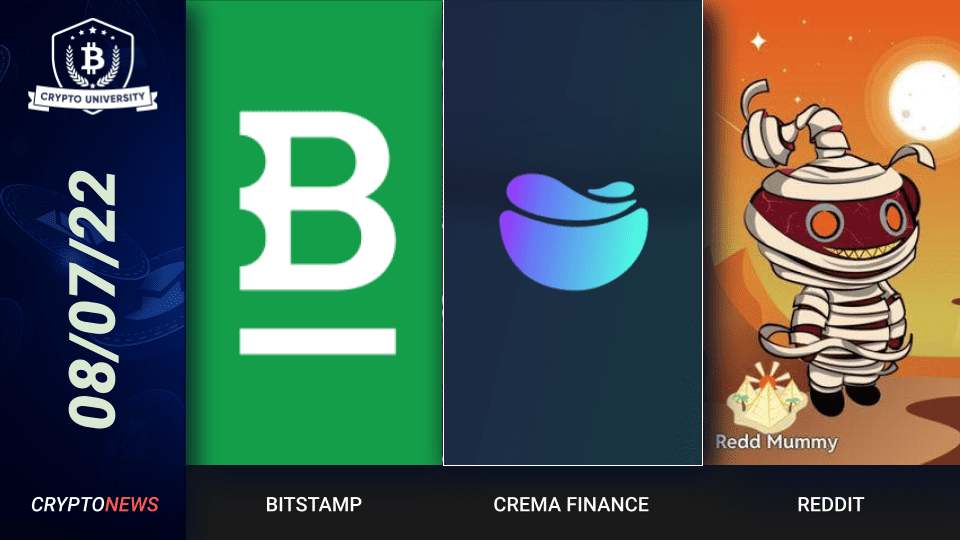 Bitstamp, a Luxembourg-based crypto exchange, has reversed its decision to charge an inactive fee due to backlash. Last week, the company announced that starting on the 1st of August, it would charge a fee to inactive customers with account balances of less than €200. The company planned to charge non-U.S customers a monthly fee of €10.

“After listening to our community’s response, we’ve changed course. There will be no inactivity fee. Our goal has always been to be a secure and reliable trading platform that provides industry-leading services, and we do not intend to deviate from this path”, announced Bitstamp in a blog.

Bitstamp customers can now continue to use their services regardless of the balance of their accounts and the time passed from previous activities. “We have heard the response from our customers. We have taken everyone’s concerns on board and have decided to cancel the Inactivity Fee,” said JB Graftieaux, the CEO of Bitstamp.

Crema Finance, a Solana-based liquidity protocol, has awarded a hacker $1.6 million for returning most of the funds he stole from the platform. The hacker returned 6,064 ETH and 23,967 SOL, worth approximately $8 million, in a series of transactions. Crema Finance had to suspend its services due to the exploitation, which took place on the 2nd of July.

“After a long negotiation, the hacker agreed to take 45455 SOL as the white hat bounty. We have confirmed the receipt of 6064 ETH + 23967.9 SOL,” announced Crema Finance on Twitter.

The company also worked with TRM Labs, a digital asset compliance and risk management firm, to track the stolen funds. “This situation would not have been resolved this quickly without their skilled and professional assistance. We are glad to reach a long-term partnership with them to strengthen Crema’s risk management,” said Crema Finance. The company’s services will resume following a full post-mortem.

Reddit, a social media platform, has launched an NFT series called Collectible Avatars on the Polygon Network. Designed by Reddit’s most talented visual artists, the limited-edition avatars will be available at a fixed price using fiat currency.

“From the start, our goal has been to empower artists to create and sell their work. Artists will get paid for every Collectible Avatar that sells on Reddit. And are entitled to receive royalties from secondary sales of their Collectible Avatars on open marketplaces,” said Reddit in a blog.

END_OF_DOCUMENT_TOKEN_TO_BE_REPLACED

END_OF_DOCUMENT_TOKEN_TO_BE_REPLACED
We use cookies on our website to give you the most relevant experience by remembering your preferences and repeat visits. By clicking “Accept”, you consent to the use of ALL the cookies.
Do not sell my personal information.
Cookie SettingsAccept
Manage consent